These are the two words that come to mind when I think about doing business in rural Zambia. Note the caveat, RURAL. I’m talking about a place that is 1000 km from the capital city, and this capital city is another 2500 km from the nearest ocean port. Business in the city on the other hand seems rather easy, there is a huge lack of competition – however this too is slowly changing as deals are struck with China and India.

A few months ago my boss decided this year Forest Fruits was going on a training safari. The team designed a 14 day trip which would cover over 1000km and would allow us to visit all 6000 of our beekeepers. The purpose was to get feedback from the beekeepers on what the company could do better.
3 weeks ago, it was time to suit up and head to the bush. This included purchasing some 600 cups, plates and some giant pots for cooking. Sure enough the vehicle was highly overloaded, it overheated, was leaking a ton of oil and started making new sounds as if to reject the large load we put on top of it. 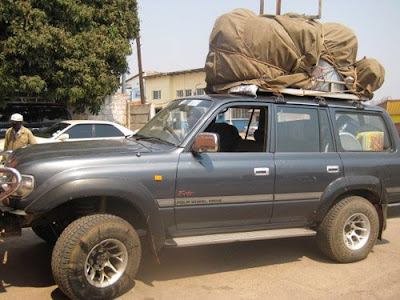 Never-the-less, we reached our destination and organized the team of 10 who would make up the travelling crew. A big part of the plan we had designed was around food. I have fed 2000 people cheese before, but feeding 6000 people a hot meal in the bush was another story. The plan was to buy vegetables and cows in the villages, we would slaughter the animals and bring a freezer with us to store the meat since it would have to last more than 1 day. Animal #1 & 2 were already cut and put into the freezer before leaving, but what a terrible smell! We set off into the bush in true Zambian fashion – by push starting the truck.

Despite the heavy downpour while trying to set up our tents, things were looking up when we reached our first camp site, ‘the rapids’. It was beautiful, the water was perfect for bathing and even though we didn’t have cell phone reception, this place did have power so we could plug in our freezer.

The first meeting was very exciting, the beekeepers showed up singing and I was anxious to see what they would say about the company.

So these beekeepers are the people everyone hears about when World Vision or Oxfam talks about statistics where people live on less than a dollar a day. Imagine how resourceful you would have to be if all you had was $300 a year to live on? They want loans, they want a higher price for their honey and they want to feel sure that the company will be on time this year to buy their honey.

We spoke to the principal of the school in Salujinga and he said he has just two teachers for the 300 kids. I was at least impressed to see solar panels…although I’m not sure how this helped learning when there are just 2 teachers? 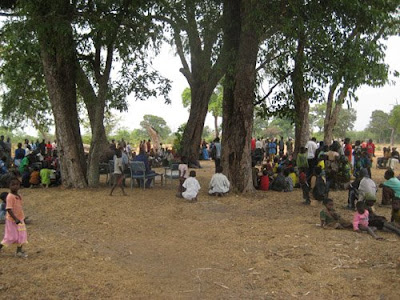 This meeting had 280 beekeepers show up. 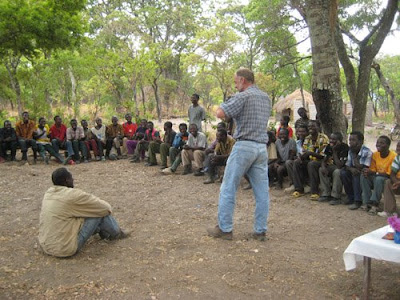 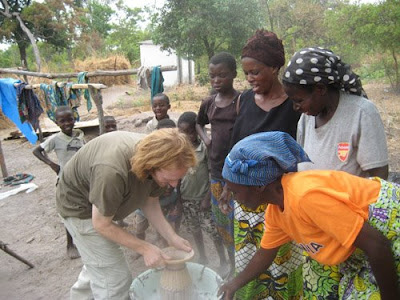 Here I am trying to help in the kitchen. 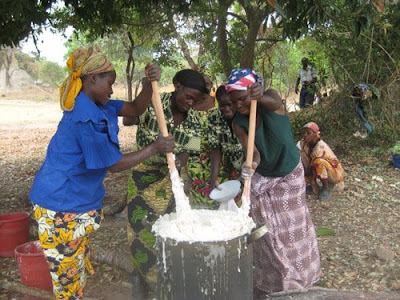 Here are the real pro's at work. 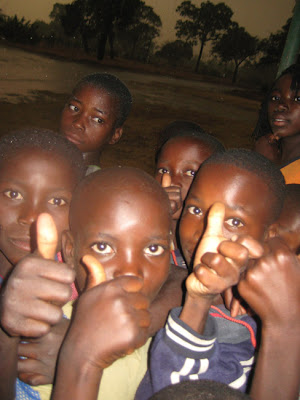 I took shelter from the rain with these kids, they would run out and eat the hail. 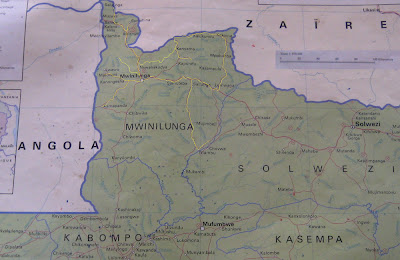 If you look closely you can see the route we travelled is highlighted in yellow.

After a while a pattern emerged and the days started rolling by.  Some meetings would have 80 people, some would have 280. 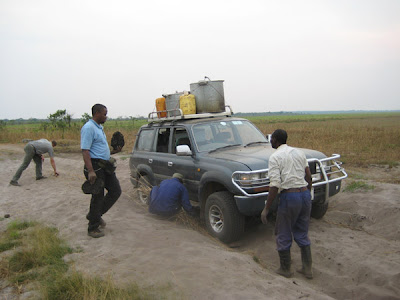 We got stuck in one of the sandy planes. (it's a lot like getting stuck in deep snow) 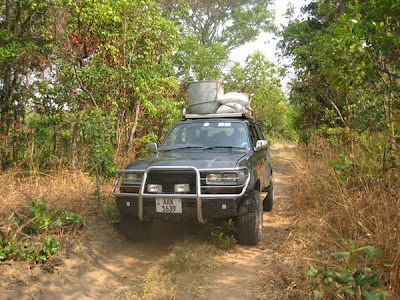 Here we are navigating through the bush. 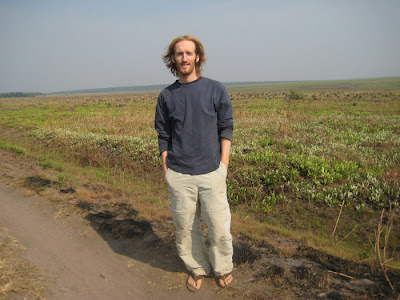 C’est moi - at another spot we had to get out of the vehicle – this time we had to go off-road..

All in all it was a great couple of weeks.  The weather here is perfect, low of 15 for great sleeping and highs of 30. 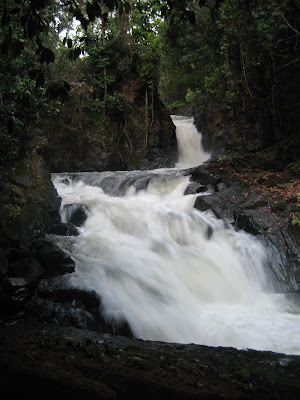 A perfect waterfall beside our campsite. 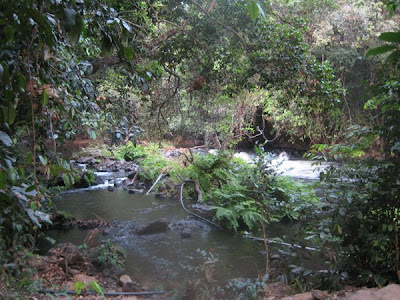 I definitely enjoyed bathing in this lagoon.  Paradise. 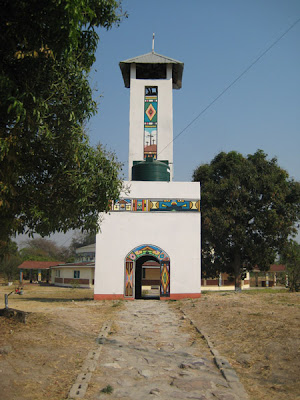 This is part of the mission station we stayed at for a day off. 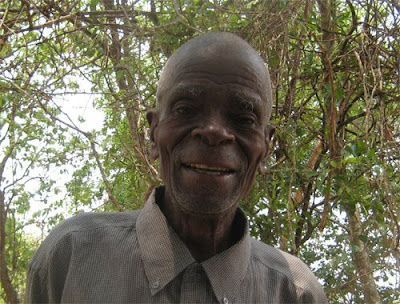 The reason behind it all, the Mbambe (Beekeeper)

This old guy (mwanta) is about 80 years old and still has a lot of fight in him.  The beekeepers walk for miles through thick bush to harvest honey, they risk falling from a tree, they get stung countless times, and then they have to carry it back.

I saw a lot of good things on my tour; smiling faces, waterfalls, forward thinking and teamwork.  And I saw a lot of things that concern me; 12 year-old girls breastfeeding, disappearing forests and terrible roads.

The best we can do is work with them to create a sustainable business.  There may be a lot of kicking and screaming in the process of getting it going, and maybe there is a special set of skills required, but isn’t that the same for any business anywhere?  If it was easy, it would've been done before. 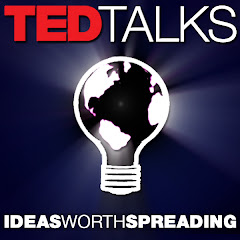